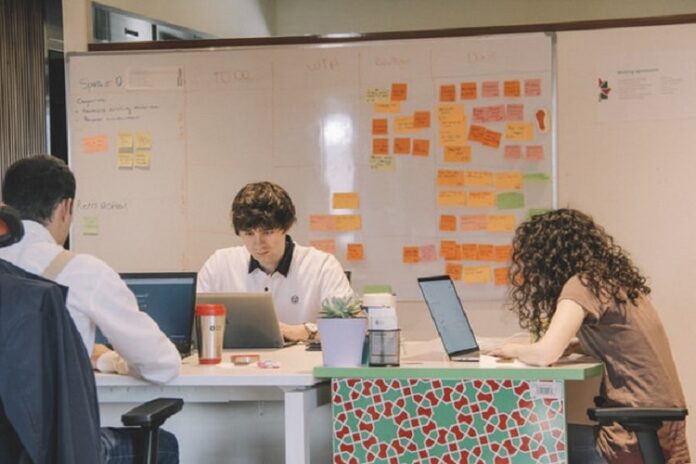 The ways how we are working are always evolving. Regardless of your career or industry, you’ve probably seen it as well. Projects are growing increasingly complex, and competent project management is critical for achieving the best outcomes. Scrum is one of the most popular Agile frameworks among software development teams. It allows for more realistic planning, defined targets, and lower expenses in the product development process.

Scrum was first popular in the software development business where it was established but as time went on, more organizations from a variety of industries began to embrace it. It’s an agile software development technique framework. It was developed as a project management approach by Ken Schwaber and Jeff Sutherland.

In the beginning, it was established to replace the Waterfall approach, which had the problem of being a long process with results that were frequently inconsistent. Scrum, on the other hand, is built on iterative work, which is made up of cycles (sprints), which allows you to monitor progress daily meetings and planning. The team works not just on continual product improvement but also on how they communicate, work, and solve problems on a daily basis – thanks to the iterative approach and starting again.

How did Scrum come to be?

The cascade approach, often known as Waterfall, was used to design software at first. It was divided into phases using the Waterfall method. The crew may go on to the next stage after finishing one until the project was completed. The issue was that meticulously created Gantt charts only looked good on paper. The real values were nowhere like those included in the nicely designed bars and articulated project objectives when the team began to implement them. Most businesses have abandoned the cascade technique due to numerous delays, financial overruns, and a lengthy procedure.

More flexible solutions, such as the Scrum framework, were needed in the software business to function in a dynamic context. Scrum began to be implemented in other industries over a period of time.

The easiest method to begin is to gather the Scrum team and provide an introduction. Explain why you made the decision to change, what Scrum is, and how the job will be done from now on. Break the workflow down into stages that correspond to the stages of your work cycle.

Maintain the focus of your Scrum projects

This iterative cycle has been proven to increase software agility. The project’s momentum is maintained, and the Scrum framework ensures that the most critical work is completed as soon as the project is completed. According to our years of experience, increasing your project management cycle is usually a good idea. Feel free to contact Applover Full-Stack Digital Agency whenever you want top IT specialists who are knowledgeable in the Scrum approach.

How to Plan a Digital Marketing Strategy

3 Reasons to Use a Digital Marketing Company

The all new tips for increasing traffic on SEO site

15 Reasons Why Your Business Needs Seo