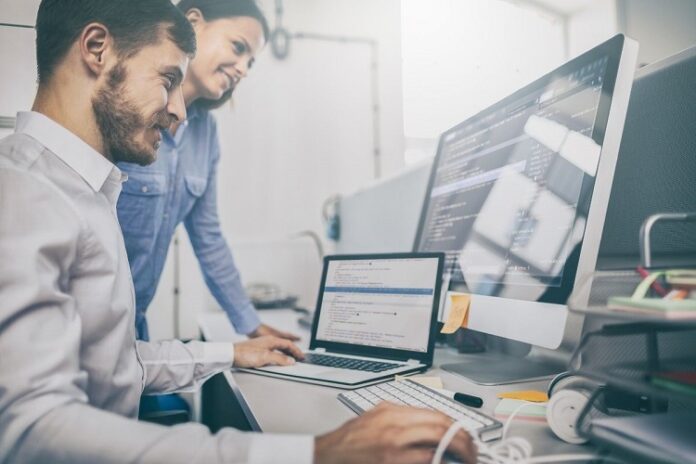 With Eastern Europe having a reputation for being one of the world’s top software outsourcing markets, it’s no surprise that Romania had taken the lead when it comes to attracting companies from Western Europe and the US thanks to its quality-price ratio and highly-skilled, increasing number of software developers and engineers.  Moreover, the country’s business environment has proven to be stable and incentive enough to attract companies from all over the world to every major city in Romania that has at least one prestigious tech university – as the country has recently received the “recommended for investment” title by all three major international rating agencies (S&P, Moody’s, and Fitch).

If you wonder why Romania is so popular as an offshore/nearshore location, here are some of the most common reasons why companies choose software development outsourcing to Romania:

Over 120000 Romanians are working in the IT&C industry and the number continues to grow year after year. In fact, according to Statista, around 7500 specialists graduate each year from IT&C Universities each year in Romania, transforming this country into one of the most attractive options in Eastern Europe when it comes to IT&C outsourcing. This constant supply of engineers and computer science graduates from over 40 public and private technical universities assure a talent pool of high-quality software developers all over the country. However, some cities such as Bucharest, Cluj-Napoca, Iași, Timisoara or Brașov, have already gained a reputation and transformed themselves into innovative tech hubs, hosting not only Romanian software development startups but also offices of some of the biggest names in the IT industry: Adobe, Oracle, Siemens, Ubisoft, Microsoft etc.

It’s not just the quantity but also the quality of the Romanian developers – based on ratings from Hackerrank, Romania achieved a score of 81.9, putting it in 20th place among countries with the most skilled developers. Technologies like Java, JavaScript, Python or C++ are the most common but software developers in Romania are highly adaptable to a variety of methodologies. For example, it’s common in Romania to use React Native and HTML5 in the mobile app development process.

Moreover, thanks to more and more big names in the IT industry opening their offices in Romania, many software developers are also skilled in modern technologies, such as Blockchain, AI, Big Data, or DevOps.

The affordable rates practiced by the Romanian software development companies are probably one of the most significant factors that makes Romania perfect for nearshore software development. The average rate for software development in Romania is much lower than in the United States and most Western European countries, as well as some Central and Eastern European countries, such as Poland and the Czech Republic. The laws adopted by the Romanian government have a big contribution to these competitive rates, as currently there is a tax exemption for software development activities that really supports the growth of the IT industry. Moreover, the economists from The Romanian National Bank state that the IT&C sector constitutes about 6,2% of Romania’s GDP, being one of the most dynamic sectors of the economy, having a positive impact not only on the country’s economy but also on the companies that choose to outsource here.

Not only software developers in Romania are proficient in the English language (this is job criteria for any available software development position) but over 25% of them speak other European languages, such as French, German, Dutch, Italian or Spanish. Keep in mind that outsourcing software projects to Romania is already common since the country joined the EU in 2007, so you don’t have to worry about not being able to communicate effectively with your software development team in Romania.

Being 1 hour ahead of Western European countries such as Germany, France, Netherlands or Sweden makes it very convenient for every European company out there to coordinate with the development team in Romania thanks to this minor time zone difference. The developers are able to work effectively with US clients also, as they usually enjoy flexible work schedules, making it easy for Romanian developers to work with worldwide clients.

How to outsource software development in Romania

If you are looking for offshore software development options and you want to give Romanian developers a chance, you will not be disappointed. Our advice is to manually search and contact Romanian development agencies through platforms like Clutch and select the ones that have proven experience and reviews from their previous projects.

A large pool of software developers that can form a dedicated team for your project, effective communication, high-speed broadband Internet, a stable economic environment, and most important, affordable costs that offers you a competitive advantage – this is what makes Romania one of the best locations for offshore software development.

All You Need To Know About BuddyPressDevelopment

How to Get Started in Social Media Marketing

The Importance of Web Design for Small Businesses